Best Ways To Get Rid Of Those Unwanted Gifts

We are all nobodies in Hillary Clinton's eyes

In the 2016 Presidential Election, Hillary Clinton dominated the endorsement race.

She had the backing of every prominent Democratic figure within moments of declaring her candidacy, while Bernie Sanders and Martin O'Malley made do with the scraps. For the campaign of a politician like Martin O'Malley, that was a death sentence. His term as Mayor of Baltimore was famously dramatized on HBO's The Wire in the figure of Tommy Carcetti—an idealistic politician who sacrifices his values in service of his ambitions and the political machine. A politician like that needs the support of as many establishment backers as he can get, and the fact that Hillary Clinton was taking up all the air in that exclusive room left O'Malley with about 0.5% of the Iowa Caucuses. A politician like Bernie Sanders is another story.

For Bernie Sanders, grassroots support from ordinary voters matters far more than the support of powerful elites. That was his strength in 2016 with #FeelTheBern, and it remains his strength in 2020 with #ILikeBernie, and his army of volunteers and small dollar donors. Just as in 2016, Hillary Clinton doesn't seem to know how that works, and the citizens of Twitter desperately want to teach her with a flood of scathing responses to her recent quote that "nobody likes" Bernie—including at least one from a former Clinton advisor.

Do endorsements even matter next to this kind of enthusiasm from supporters? Despite scant endorsements from traditional kingmakers and power players, Sanders' 2016 campaign won in 21 states, garnered 46% of pledged delegates, and took the race all the way to the convention. Meanwhile, in the Republican primaries, Donald Trump collected very few high-profile endorsements—and almost no newspaper endorsements—while easily besting his opponents in state after state.

Comparisons of Sanders to Trump are never far from the lips of many mainstream pundits, and while much of that tendency is built on a faulty "horseshoe" theory of politics (that the "far-left" and the far-right of the political spectrum bend toward each other), there is a kernel of truth hidden in there. Both Sanders and Trump built their political successes on a perception of authenticity. That's what made their fans so passionate, despite the lack of institutional support. But while Donald Trump is an erratic, unprincipled con-man who built that perception primarily on the basis of his shameless embrace of racist and sexist rhetoric—"he tells it like it is"—Bernie Sanders is seen as authentic because he's been consistently fighting for the same causes, with the same uncompromising vigor, for four decades. 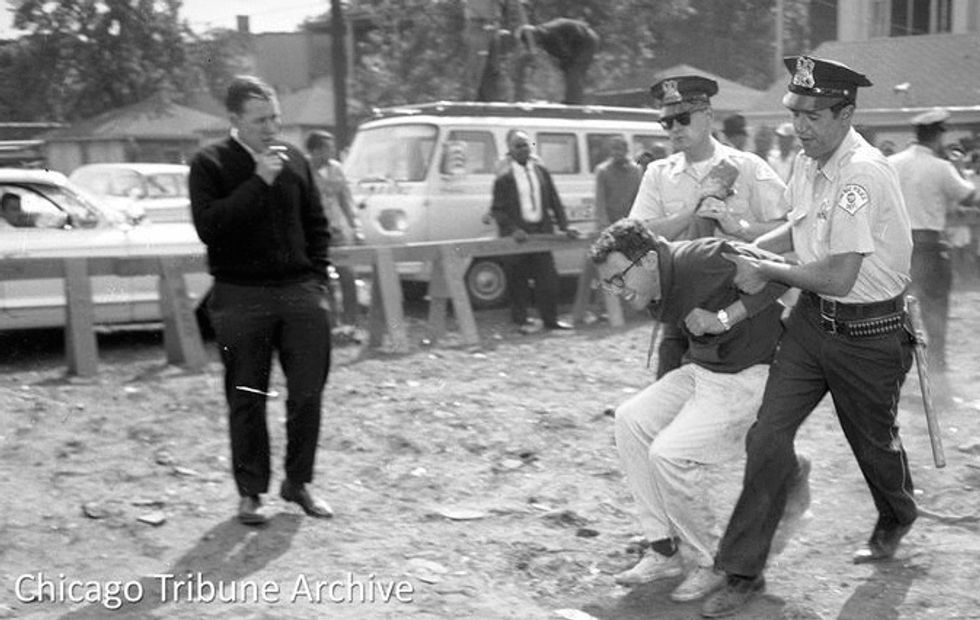 Since he entered politics in the early 1980s, if not long before—the image of him as a young activist being arrested during a civil rights protest in Chicago speaks volumes—Bernie Sanders has been fighting for a vision of justice that most Americans have only recently come around to. A vision that embraces issues of race, gender, and sexuality, but also of class, and of the ways that those concepts interact. And it is precisely because of that commitment that voters love him while, within the political machine, "nobody likes him."

That's what Clinton said in an interview with The Hollywood Reporter, going on to claim of Sanders that "nobody wants to work with him, he got nothing done. He was a career politician." She was referring specifically to Sanders' role in Congress, but what she revealed is that she is still deep in denial about her 2016 loss.

While it's always important to point out that Clinton received nearly three million more votes than Donald Trump—and would have won the presidency if our electoral system wasn't holding onto a useless relic of our nation's worst historic crimes—it's still worth noting that her primary flaw as a candidate played a role in her poor performance in key states.

She was and is perceived by many voters as inauthentic. She plays the political games too well and too willingly, adjusting her public and private stances to her audience. Someone who doesn't play at all, who—in Sanders' own words—doesn't "tolerate bullsh*t terribly well," must seem like a strange creature. Her issue with him is not that he is a "career politician," but that he built that career on a foundation of grass-roots support, rather than mutual political aid within the institutions of power. Why doesn't he just play ball?

In other contexts Clinton has made it clear that she still blames Sanders for Donald Trump's victory. The fact that Bernie's firm principles threw her pliability into such stark relief may have made her flaws more visible and played a role in her failed candidacy, but her latest comments make it clear that she doesn't believe in another way for politics to work. The backroom deals and the focus-tested positions are politics to her. The idea of actually trying to build a better system—one that works for justice for all people—is "all just baloney" to her, and she feels "so bad that people got sucked into it."

Bernie has the temperament to be President of the United States. He doesn’t get angry when his “friends” backstab… https://t.co/rhAaAC6cG5
— Veronica Corrales (@Veronica Corrales) 1579637230.0

We feel bad for you too, Hillary. You were a career politician too, and you may have gotten your name on more bills than Bernie Sanders—and I'm sure your fellow senators were impressed with your work—but none of us can name one. Your lack of vision, and the political strategies cemented in the 90s prevented you from pushing for the kind of change that might have been your legacy. People will remember Bernie Sanders' Medicare for All, whether or not the bill ever receives a floor vote.

Visionary change must seem like baloney to someone who had fully adapted to political stagnation. Bernie was no more responsible for you being branded "Crooked Hillary" than you were responsible for Barack Obama being labeled a Muslim. In both cases the slander was an exaggeration of the real story. And while political weaknesses are fair game, the fact that your staffers chose to distribute the image of Obama in a turban in 2008 points to the flaw in your character—in the character of the people with whom you surround yourself and in your entire approach to politics—that Sanders' biggest fans rejected in you. The flaw that Trump capitalized on with that nickname. 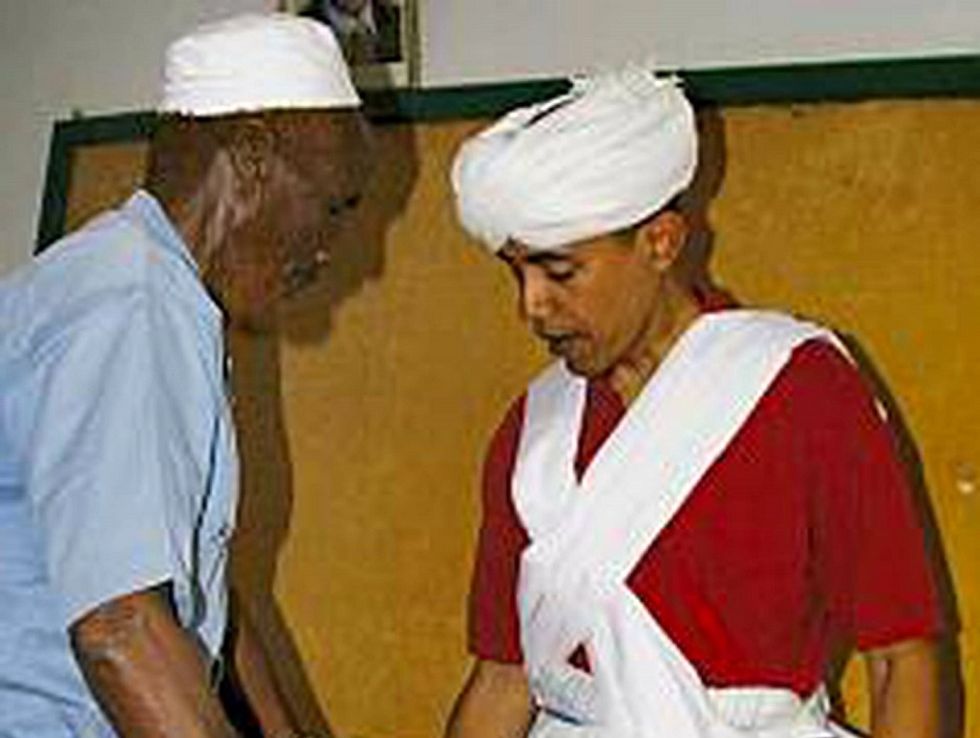 So yes, by the standards you built your career on, Bernie Sanders is a failure, and "nobody" likes him. His authenticity and his principles are incompatible with the kind of glad-handing and ass-kissing that could have won him some more endorsements. Luckily for him, there are a lot of us nobodies in the world, and we don't just exist on Twitter behind the explosion of #ILikeBernie posts that emerged in response to your interview. We vote.

So when you're asked if you would endorse in the case that he wins the nomination—that you're "not going to go there yet," it's tempting to point to your hypocrisy, but the more important point is: We don't care. We've moved on from politicians like you.