Is Cursive Handwriting Disappearing from our Culture?

DIY: Do we need to teach kids cursive anymore or is it becoming a thing of the past?

It's been a long time since I was a grade school student (COUGH--late70searly80s--COUGH), but it boggles my mind how different classwork is today for our second-grade daughter. Techniques are so much better in terms of teaching kids' skills and strategies, instead of the rote "repetition and memorization" of my youth. I'm glad kids will never again know the tedium of pulling out a Big Chief tablet and taking dictation day-after-day-after-day. It's all in the name of competing in the global 21st-century economy, but there's one old school skill no longer taught (at least in my daughter's Brooklyn public school) that I have definite mixed feelings about. As she said to me the other day after I wrote something down for her, "Dad, I can't read this, it's in script." Or as we called it back at Kate Fratt Catholic, cursive.

So are the lovely flowing letters going the way of calligraphy? Not so fast. Break out your fountain pen and an ink cartridge, Longfellow… Sorry, ask your parents.

In a 2016 Washington Post article, Joe Heim writes that "cursive writing was suppose to be dead by now," but it's actually making a comeback in the age of the texting thumb. A number of states have added some form of cursive requirements, including Louisiana, which mandates all public schools, charters included, teach the sweeping script from 3rd-through-12th grade.

It's popping up all over the country. A Google search of "cursive writing" over the last year found a 4th-grade club in Kentucky, a Minnesota man literally named Loop hosting quarterly gatherings at craft beer bars, a New Hampshire museum exhibit highlighting the skill, and all manner of state legislatures arguing over whether it's a necessary part of childhood education.

The value of handwriting as a skill, separate from keyboarding, is clear. It's fundamental in learning to read and write, but the value of cursive as a form of penmanship on its own is murkier. A 1977 study said it's "possible" the continuous flow aids in higher reading and spelling scores, but forty years is a lifetime in classroom learning ago. A 2015 study hints at the same idea, but it wasn't specific to cursive outside of handwriting, so it's far from definitive. At best, the research is inconclusive and it seems cursive obsessiveness is driven by nostalgia.

The more time spent digging into the importance of cursive, the more it has a "get off my lawn" quality. Almost nobody uses it exclusively anymore, not even handwriting teachers as 55% use a print-cursive hybrid, according to a 2012 conference survey. Ask yourself, is there a time or place in modern society where cursive is even necessary? There is no scenario where cursive is required because print won't suffice. Even new Treasury Secretary Steve Mnuchin went with a printed signature on the dollar-dollar-bills. In theory, cursive might matter for electronic signatures, but in practice, a squiggly line is good enough. Then there's odd political supposition that kids "won't be able to read our Constitution," as if most Americans read their King James in Biblical Hebrew and Aramaic.

Yet, I hope my daughter learns to write "in script" and not just so we can communicate on paper. Experts say she can easily learn to read it without writing it, so my reason for wanting her to write cursive isn't pragmatic. It's aesthetic.

Perhaps cursive isn't necessary, but it is.

It's a wondrous style of writing created so the pen didn't have to leave the page (I suspect because those fountain pens were prone to major leakage), and there is something about the flow of cursive that tickles me. The swirls and twirls, curlicues and quirky "Qs," the weirdness of the lower-case letter similarities, individual styles and personal artistic flourishes, the indecipherable signature of my physician father and his brother, my priest uncle. Cursive provides an everyday beauty digital screens never can, and regular print rarely does.

Hey, guess what, honey? The state of New York now wants 3rd-graders to learn cursive. Be still my ink-stained heart. 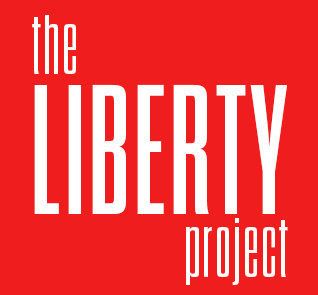