Karl Marx Gets Slimed: The Cult of Dall-E Mini

Marianne Williamson enrages some, makes others laugh, and inspires still others to form occult task forces. Could she be the only one who could meet Donald Trump on her own terms?

Objectively, Marianne Williamson had a fantastic night at the latest Democratic debate. She gained the largest number of Twitter followers afterwards, after all, and was the most Googled candidate of the night.

Perhaps this is because Williamson may be the most intriguing character of all the progressive Democratic candidates. With her aura of patchouli and residual dust from the astral plane, detectable even through the TV screen, she's the most memeable candidate (Elizabeth Warren and her plans are a strong second). She's also perhaps the most out-there, even compared to Elizabeth Warren and Bernie Sanders. If Warren and Sanders are marooned on the far left, Williamson has transcended direction, and she intends to bring America with her.

Regardless of how her campaign pans out, Williamson has undeniably made waves. She's the first political candidate to bring non-mainstream spirituality directly into her platform, and she's done it at the perfect time.

Four years ago and earlier, she would've seemed as absurd a candidate as Donald Trump—but we all know how that worked out. Today, qualifications for the presidential office matter less than one's star power and ability to inspire a movement, and Williamson seems to have the star power (if not the ability to commune directly with the stars). 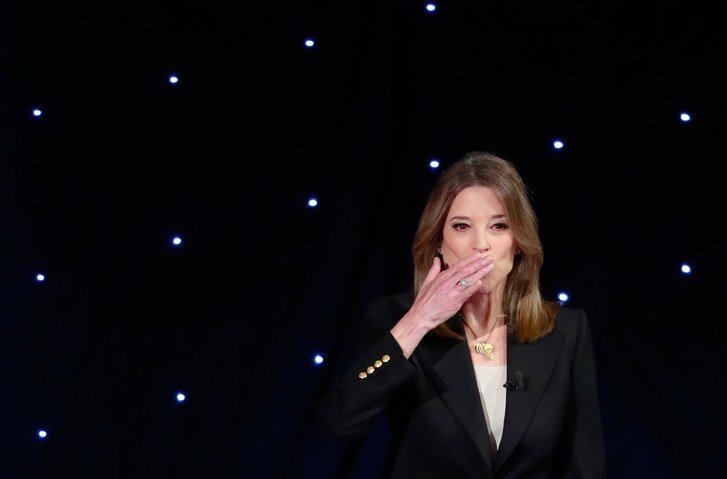 In all seriousness, out of all the candidates, she may be the most similar to Donald Trump, in that she exists in the same realm of humorous implausibility as he does. Like Trump, she could be a reality TV fixture. She posts memes, is popular in fringe online forums, inspires occult task forces, and generates massive quantities of loathing and disbelief. She fits into the glitchy landscape of ironic and disillusioned online discourse and is bizarre enough to capture and hold the public's attention.

Like Trump, she's also bringing race directly into the conversation—though for the opposite reasons. Where Trump used racist ideas to win the presidency, Williamson has brought systemic reparations into the discussion. "We need to realize that when it comes to the economic gap between blacks and whites in America, it does come from a great injustice that has never been dealt with," she said. "That great injustice has to do with the fact there were 250 years of slavery followed by another 100 years of domestic terrorism." She followed this statement with some unusually cogent statistics. "If you did the math of the 40 acres and a mule, given that there were 4 to 5 million slaves at the end of the Civil War—they were all promised 40 acres and a mule for a family of four. If you did the math today it would be trillions of dollars."

Her articulate commentary about reparations was a high point in an otherwise discouraging debate that mostly revolved around the same arguments, with moderators and candidates circling around Bernie Sanders and Elizabeth Warren. While the Democratic party ate itself, Williamson—placed as far to the left as could be—stood on the outside.

None of these points are reasons to elect her. She is definitely not an experienced politician—she's a self-help guru, spiritual advisor, and occasional activist. Her platform's main points include a potential Department of Peace "as a first step to dismantling our systemically entrenched perpetuation of violence," movements towards sustainable agriculture in order to reestablish "humanity's spiritual connection to nature," and of course, fighting Donald Trump and his battalion of "dark psychic forces" with love. 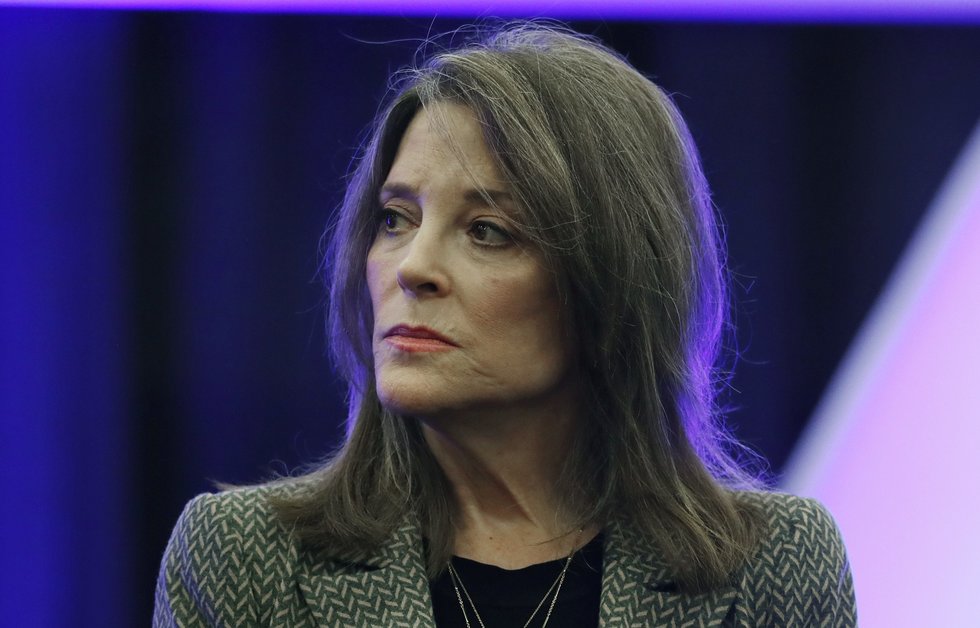 Her ideologies are absurd, and not based in (our) reality. She may be promoting an individualistic, dangerous brand of New Age spirituality that promotes an unhealthy fixation on the self. Still, she's arriving at a time when many Americans feel they are already living in an absurd, delusional world, and when they're seeking broader, more creative solutions.

In her distance from the here-and-now, she is undefinable, without order or direction. In her removal from the real world, she is quintessent: untouchable, and difficult to pin down. Depending on how you see it, she's absurd, enlightened, out of touch, awake, a crackpot, or a witch.

She would probably make a very poor president. But by bringing her messages of spirituality and structural healing to the table, she's changing the rules of the game.

Image via The Bulwark